How To Avoid Cross-Threading

How To Avoid Cross Threading

What Is Cross Threading?

The issue of cross threading occurs most commonly when a screw is installed at a slight angle, causing the threads of the screw to not match up correctly with those of the nut or threaded hole. This can result in the fastening jamming or becoming damaged.

Cross threading is more common in smaller screw sizes, particularly in finer threads. Coarse threads, on the other hand, are more resistant to stripping and cross threading owing to a greater tolerance to nicks or marring of the material itself.

What Is A Threaded Fastener? 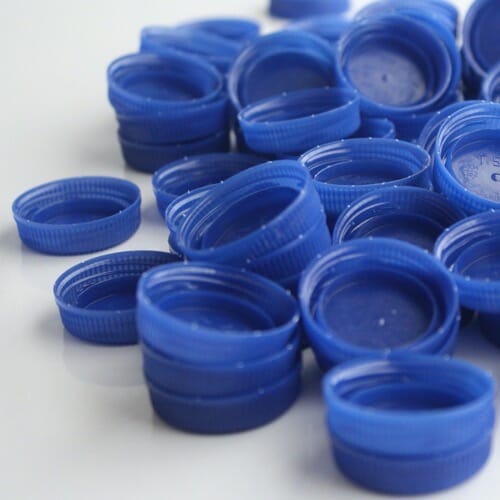 A screw thread is one of the most universally recognisable engineering inventions, featuring on everyday items such as plastic bottles, to fasteners used in complex machinery. Given their nature of often being used in a discreet fashion, it’s easy to overlook how essential threaded fasteners have become to modern life.

Threaded screws fasten into place by converting rotational force, usually referred to as torque, into linear movement by way of the internal and external threads ‘mating’ together.

Hexagon Bolts are typically used in conjunction with Hex Nuts for fastening unthreaded parts together, whilst Machine Screws are often (though not always) fastened into threaded holes. Both of these applications can be susceptible to cross threading.

Some engineers would class the accompaniment of a nut as the key difference between what classifies a ‘screw’ and a ‘bolt’. For more on the distinctions between screws and bolts, take a look at our article discussing the Difference Between Screws and Bolts.

In fastening applications, a major advantage of using threaded components, such as bolts or screws, is their reusability; being able to be removed from a fixture if and when required. However, when bolts and screws are reused over and over again, their threads become worn, and the chance of cross threading becomes even more likely.

Cross threading usually occurs when attempting to fasten threaded components together at an incorrect angle. This axial misalignment can complicate installation or potentially damage the threads. Cross threading can also occur when an attempt is made to fasten together two components of similar nominal thread diameter, but different thread pitch. The reason for this being that if the screw is forced into the nut, the difference in the pitch of the threads could cut through the existing thread of either fastener, damaging the integrity of the components and rendering them non-reusable.

Metrology tools such as Thread Gauges can be used for the inspection and identification of the thread pitch and diameter of fasteners. This helps to ensure the compatibility of components and confirm that they are able to be fastened together.

However, ironically, Thread gauges can also be cross threaded if forced into an unsuitable threaded hole. A common method for avoiding this is to turn the gauge counter-clockwise until there is a noticeable click, which indicates that the threads are properly aligned.

How Do I Know If The Fasteners Are Cross Threading?

If fastening components by hand, the increased resistance caused by the threads not being aligned correctly is quite easy to feel. Generally speaking, if the threads are crossing, the components would become increasingly difficult to fasten together, thus jamming.

Avoiding cross threading is particularly important when high torque tooling is used for fastener installation. Being able to spot and prevent cross threading from occurring before there is a chance of stripping screws or damaging the threads is imperative in modern assembly lines.
Is there a simple way to avoid cross threading?

Our short tutorial video demonstrates one of the simplest methods of preventing cross threading.

In the video above, the threads are turned counter clockwise - the opposite direction to installation.

For a left-hand threaded fastening, this would simply be carried out in the opposite direction to achieve the same result.