6 LGBTQ+ Engineers Who Changed The World

Celebrating Diversity And Inclusion In Engineering

InterEngineering, a volunteer-led network built to connect and support LGBT engineers, are hosting The Future of LGBTQ+ in Engineering Summit on the 28th October 2021 where they will develop a plan for improving inclusion and diversity in engineering for the next 5 years. They aim to continue their journey of empowering, connecting and informing the LGBTQ+ community, promoting opportunities for all people working in the industry.

It’s really encouraging to see that a growing number of engineering companies are already taking steps to promote diversity and inclusion.

Diversity Is Good For Business

Accu appreciates the value diverse organisations can bring. We’ve seen benefits such as:

“Having worked within US, UK, European & Asian based businesses over the past 25 years, it has been clear to me that there are big business benefits to championing a diverse organisation,” says Dominic Scaife, Accu’s Head of Marketing.

In 2020, when we announced our growth strategy for the next 3 years, a key part of this was to always be forward thinking and inclusive, encouraging new ideas for the business from people across all of our departments.

Martin Ackroyd, Commercial Director & Co-Founder at Accu commented that “Over the years, we've heard all sorts of amazing ideas from around the business, ideas that we've been able to act on to make Accu what it is today. We want to make sure everyone has a voice in our future, so we invite every person in our teams to share and contribute anything they feel could help us to innovate and grow.”

Building on this, our people-led initiatives, such as our sports and social committee, were set up by colleagues from different areas of the business; with the aims of organising activities that are always diverse, inclusive and engaging for all.

As we look forward to further progress in celebrating diversity, the team here at Accu chose 6 LGBT+ engineering and technology heroes who helped change the world for the better. 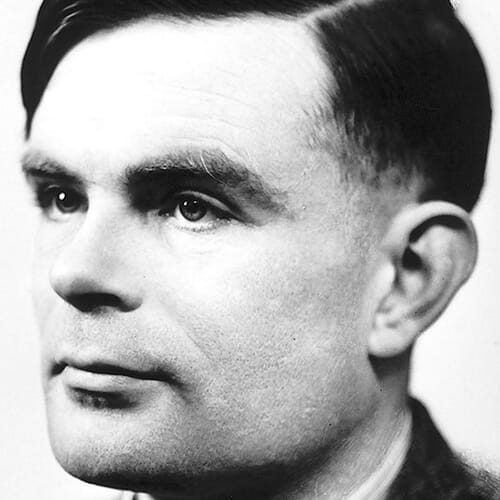 Alan Turing is arguably the most famous example of an LGBTQ+ person in STEM whose contributions weren’t properly recognised or appreciated until years after his death.

An English mathematician and computer scientist, amongst many other occupations throughout his lifetime, Alan Turing made huge contributions to the scientific community. This included his work on breaking the Nazi Enigma code during the Second World War, and he is commonly referred to as the father of artificial intelligence and theoretical computer science.

One of Alan’s most notable accomplishments was the development of the Turing Machine; an abstract mathematical model of computability and theoretical computer science which proved that there were fundamental limitations on computation and problem solving.

Turing is also widely regarded as the father of theoretical computer science and artificial intelligence. His ‘Imitation Game’, later known as the Turing Test, was designed as a test to determine whether a computer is capable of ‘thinking’ by way of exhibiting intelligent behaviour that is equivalent to or indistinguishable from a human.

In 2013, Turing received a posthumous royal pardon from Queen Elizabeth II, with politicians also publicly criticizing the “utterly unfair” treatment Alan endured during his lifetime and, in 2019, Alan was recognised by the audience of the BBC series ‘Icons’ as the greatest person of the 20th Century, being nationally recognised by featuring on Britain’s £50 note.

More and more public figures are engaging in positive conversations around the contributions of LGBT+ people within the engineering, science and technology industries. As a result, we’re seeing a growing trend of people and businesses acknowledging and celebrating historic figures like Turing, which is helping to build a better culture of pro-inclusion and diversity in and out of the workplace. 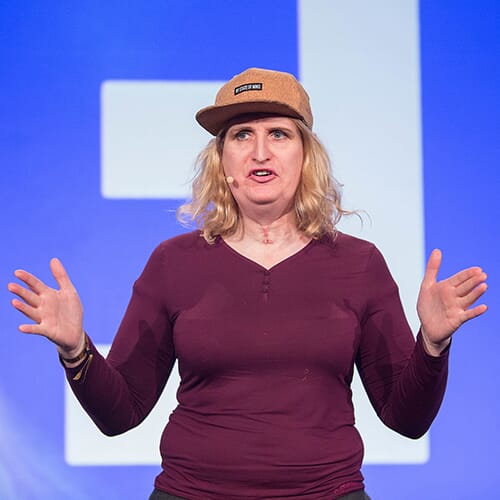 Kate Stone is a transgender research engineer who is proud to call herself a ‘creative scientist’, blending passions for art and science into her work. In 2006 she founded Novalia, an award winning technology company whose designers, engineers, scientists and software developers fuse digital and physical media to produce interactive campaigns.

In 2012, Kate was invited to speak at TEDx Amsterdam and went on talk at both TED2013, where she discussed the role of printed media in a modern, digital technology driven world, and TED2018, where she highlighted the importance of safeguarding privacy and regulating the press, particularly in the language used to describe trans people.

Mark is simultaneously the Founder & Managing Director of EqualEngineers, an organisation who work to increase opportunities for diverse candidates within the engineering and technology industries, and the Chair & Co-Founder of InterEngineering. 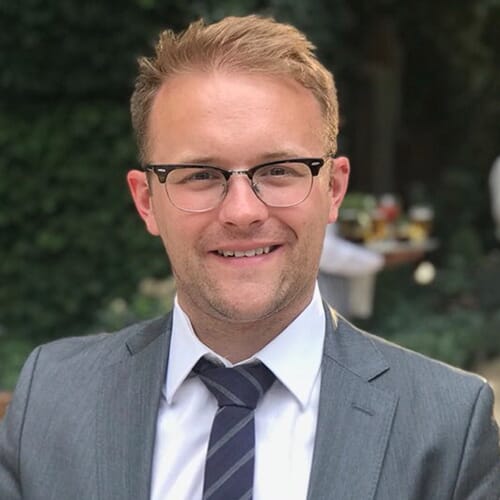 As a chartered chemical engineer, Mark specialises within health and safety in the oil and gas, defence and construction sectors. After founding InterEngineering in 2014, McBride-Wright has collaborated with numerous companies within the engineering and technology industries to promote long term strategies to challenge exclusion and actively encourage inclusion and belonging programmes in the workplace.

Mark’s recent projects have included 2 short term contracts working with the IMechE (Institution of Mechanical Engineers) and Vodafone; consulting on diversity and inclusion efforts in the workplace, along with strategies to improve representation. His efforts promoting inclusion in engineering have seen him shortlisted on the Financial Times Future LGBT Leaders List in 2015 and 2016.

You can hear more from Mark himself in this short video by InterEngineering, where he talks about what it’s like being LGBT in engineering and how he feels that the industry is changing for the better since he joined the profession as a student in 2005.

As an American Computer Scientist, Electrical Engineer and Inventor, Lynn Conway has truly changed the world. 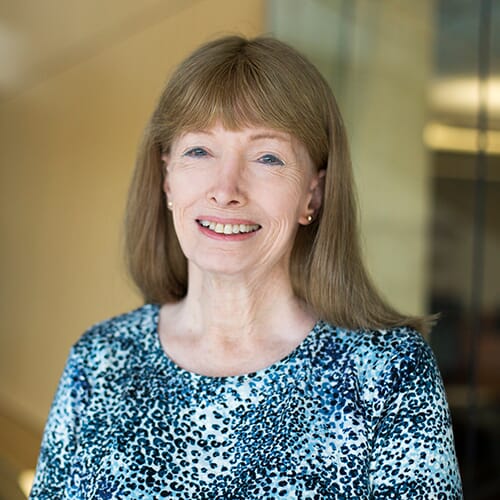 Famous for her work on the Mead-Conway VLSI chip design revolution, Lynn’s work was vital in the development of industries utilising micro-electronics in their applications, effectively paving the way for electronic design automation.

At the age of 30, following years of gender dysphoria, Lynn completed her medical gender transition in 1968. She then began her career again working for Computer Applications, Inc. in what she later called ‘stealth-mode’, becoming widely known as a computer pioneer.

It wasn’t until the early 2000s that Conway would actually ‘come out’ to research colleagues. In doing so, she used her personal website as a platform to promote transgender activism and advocating for equal opportunities, particularly for employment protection for transgender people within the technology industry.

Lynn has received many awards and accolades throughout her career, including an Honorary Doctorate from the University of Victoria in 2016 and the National Achievement Award from the Society of Women Engineers in 1990.

Former CEO of Siemens UK, Juergen Maier is a British-Austrian businessman who now works as a UK Industrialist and Business Advisor.

Graduating from Trent Polytechnic (Now Nottingham Trent University) with a degree in Production Engineering, Maier has gone on to be awarded the title of honorary professor of Engineering at the University of Manchester in 2014, later becoming a Fellow of the Royal Academy of Engineering in 2017. 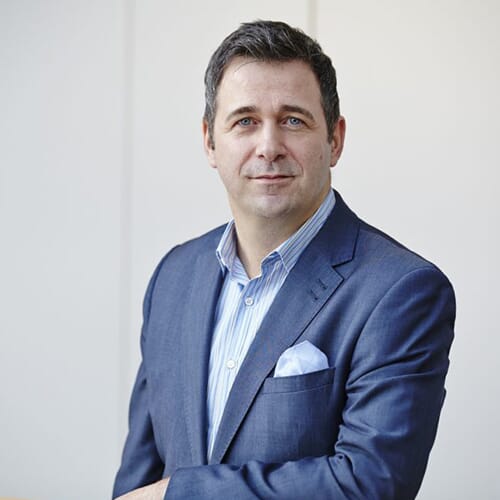 Juergen is Chair of Digital Catapult, the UK’s leading innovation centre for advanced digital technologies. Working alongside Innovate UK, part of the UK Research and Innovation national funding agency, Digital Catapult aims to collaborate with organisations on designing and delivering specialised programmes to integrate new technologies into businesses, from start-ups to established companies.

Recently, in 2019, Juergen was awarded the CBE in the New Years Honours list.

Juergen has previously spoken out about his fears of coming out as a gay man early in his career, hiding his sexuality from colleagues for over 15 years. However, he has gone on to comment that coming out allowed him to truly be himself and become a stronger individual as a result.

Juergen uses his platform to offer support to the LGBTQ+ community, advocating that businesses and the people behind them should do more to promote diversity and inclusion.

Leanne Pitsford is an American entrepreneur and the CEO & Founder of Lesbians Who Tech & Allies, the largest community of LGBTQ technologists in the world. 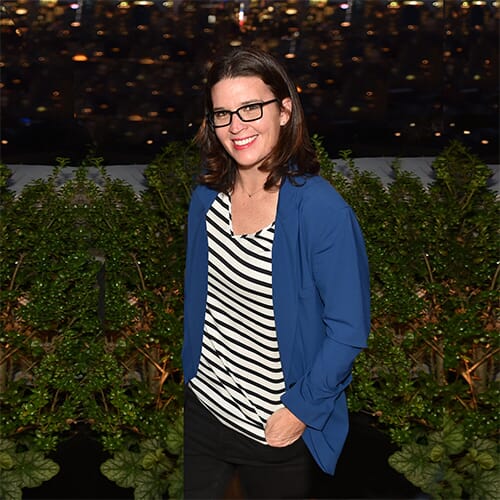 Their mission is to increase visibility and connections for queer women, non-binary and trans tech people, whilst encouraging more women, people of colour, queer and trans people to get into technology, connecting organizations to raise awareness and build community inclusion projects.

Leanne launched Tech Jobs Tour to promote better representation in the tech world, particularly for the next generation. In 2017, Leanne followed this by developing online mentoring and recruitment platform include.io; designed to help fight bias in companies hiring technology candidates. The Include platform enables both technical talent to look for work opportunities suited to their qualifications/ experience and leaders in their respective fields to hire with a greater intent towards building a strong, diverse team.

Prior to this, Leanne founded and led a design and technology agency called Start Somewhere.

Pittsford was shortlisted in Business Insider’s list of ‘The 23 most powerful LGBTQ+ people in tech’ in 2019.

What is Pride Month?

Pride Month takes place in June each year, with 2021 seeing the 51st annual celebration. It’s a whole month dedicated to honouring people from the LGBTQ+ community and commemorating the Stonewall riots of 1969 which initially took place in the US as a movement for gay rights.

The inclusive initialism is now used to cover people of all genders and sexualities, including people who identify as lesbian, gay, bisexual, transgender and queer/ questioning, with the ‘+’ character symbolising other, non-heterosexual genders and identities.

In the UK, LGBT History Month begins on 1st February and ends on 28th February, with the next annual celebration, observing and increasing visibility into the history of the lesbian, gay, bisexual and transgender communities, taking place in 2022.

This month-long observance is designed to build community and help to provide role models and support for LGBT+ people across the world, with celebrations taking place in October instead in the USA, to coincide with National Coming Out Day on 11th October and historical marches for LGBT rights.

The team at Accu are looking forward to seeing more fantastic stories being shared from the LGBT community and learning more about the ways that we can all get involved.