What Causes Galvanic Corrosion And How Can I Prevent It?

What Is Galvanic Corrosion?

Firstly there needs to be an electrolyte, a substance which creates an electrically conductive solution when dissolved in water. Simultaneously, there also needs to be two dissimilar metals that are both in direct contact with each other and also in the presence of the aforementioned electrolyte.

However one of the most notable things about galvanic corrosion is that although it requires two dissimilar metals to be in contact to occur, only one of the metals will be noticeably corroded while the other one will get off relatively scot-free.

So, why exactly does only one of the metals corrode instead of both of them? What are the underlying factors that induce this reaction in the first place?

Once the stage is set for galvanic corrosion to occur, one of the metals then serves as an anode, a positively charged electrode, while the other serves as a cathode.
The metal that serves as the anode is the one that corrodes and by doing so it inadvertently protects the cathode, i.e. the other metal.

An example of this could be found if aluminium and carbon steel are in direct contact with one another in a marine environment, i.e. sea water. In this situation, the steel (cathode) will be protected whilst the aluminium (anode) will corrode more quickly. Here, the aluminium is being purposefully utilised as a sacrificial metal, with the anode’s accelerated corrosion helping to reduce the risk of corrosion to the steel. To maintain this over long periods of time, the anode would need to be periodically replaced. 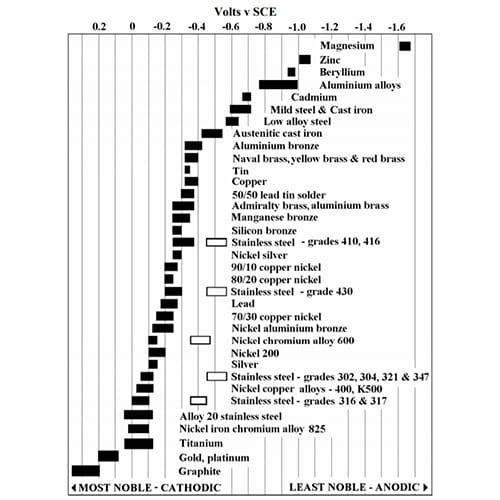 Whenever a metal comes in contact with an electrolyte it adopts what is known as an electrode potential, a property which defines a metal’s ability to either reduce, or gain, electrons, and as we alluded to before, each metal has a defined electrode potential (which can be found on the galvanic series).

When all of the relevant components (the electrolyte and the two metals) are in play, the resulting potential difference induces the transfer of electrons from the more electronegative metal (the anode) to the more electropositive metal (the cathode). Due to the reduction reactions and oxidation reactions that this transfer of electrons causes, the anode eventually starts to corrode.

In simple terms, the least noble metal will act as the anode and will corrode to protect the most noble metal, the cathode. Consideration of the corrosion potential of materials is therefore highly important when engineers are designing constructions, particularly for equipment, pipelines and systems used within marine environments.

When Does Galvanic Corrosion Cause Problems?

Galvanic corrosion can be problematic for engineers as it causes the normal corrosion of a metal in an electrolyte to be accelerated, which can result in a more severe form of corrosion that would otherwise be unlikely to occur. It can also cause welds to fail, which can be both a dangerous and costly issue, requiring more expensive repairs and maintenance work to be carried out than if the problem was avoided altogether.

This is particularly true in the oil and gas industry, where pipelines and other constructs are typically in contact with seawater and are therefore more prone to attack and more difficult to easily conduct repair work.

How Can You Prevent Galvanic Corrosion? 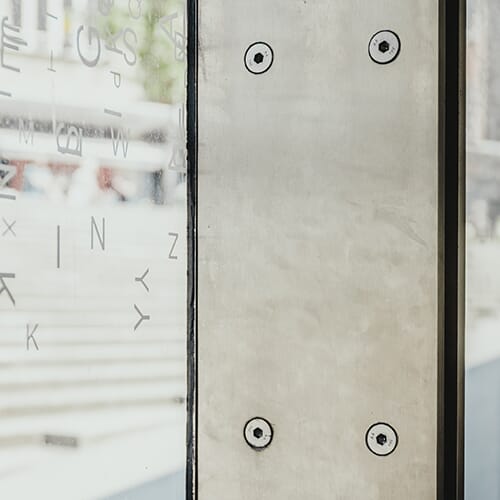 The most common solution however is for engineers to simply not mix metals, as the use of only one material type will help avoid galvanic corrosion altogether.

Altering The Area Ratio Of The Metals

In a lot of cases, it would be ideal to use metals with a negligible potential difference; however, oftentimes this is simply not possible.

As a result, it stands to reason that the opposite is also true. If the ratio is reversed and you have a cathode area that is smaller than the anode area, you will see a dramatic decrease in the rate of reduction and a lower occurrence of galvanic corrosion.

This is the premise for one of the most common methods of preventing galvanic corrosion - insulation. Insulating implements, such as polymer-based gaskets and washers, are used to block the flow of electrons so that galvanic corrosion never has a chance of occurring in the first place. 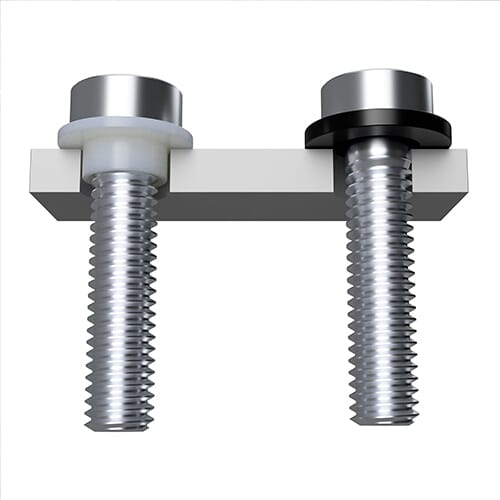 By using a non-metal Washer to prevent the head of the screw from touching the plate, this effectively helps to break the electrical contact between the two metals. For example, if we were installing a Zinc Plated Steel Socket Cap Screw into an Aluminium plate, we could use a TPR Rubber Washer to act as a non-conducting spacer, which could help to protect both the steel and the aluminium and avoid galvanic corrosion.

However, it is important to note that if the threads of the screw are still making contact with the aluminium plate, then the electrical connection is still intact. As a result, coating the metals with grease or a hydrophobic substance can help to slow any corrosion potential, though it is important to consider what, if any, affects this could have on the installation itself.

Alternatively, components such as Shoulder Washers can be used to provide improved isolation as the shoulder portion would sit in between the shaft of the screw, or the threads, and the internal diameter of the plate. This would provide significantly better insulation within the housing than a coating, whilst also offering additional benefits such as resistance to acids, chemicals and oils.

This is however easier said than done; since in most cases, we are simply unable to get rid of the electrolyte altogether. So the next best solution is to isolate it, effectively preventing it and the metals from ever coming into contact with each other.

As touched on before, the most effective way that this is achieved is by using hydrophobic compounds; with some very common real-world examples being water-repellent coatings, paints, and greases.

Can Galvanic Corrosion Have Any Benefits?

Galvanic corrosion, in the right circumstances and with a sound understanding of the process, can actually be beneficial and employed as a force for good. 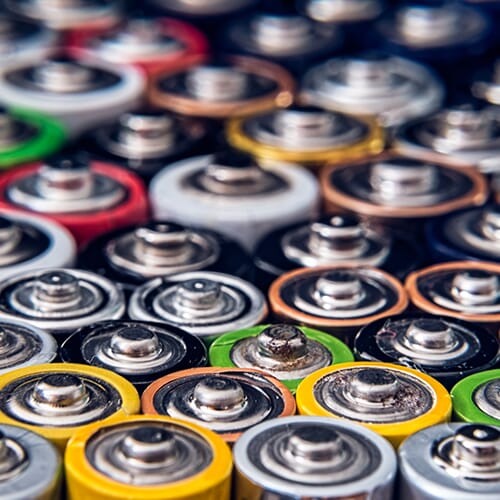 As an electrochemical process, galvanic corrosion is ideal for generating electricity in a primary cell, a type of electric cell which is designed to be used only once - otherwise commonly known as a disposable battery.

In most single use consumer batteries, a steel can is used as the container which houses the cell’s ‘ingredients’. The cathode is a layer of manganese dioxide located on the inside of the battery’s casing and is connected to the positive terminal. Conversely, the zinc anode is an inner layer, dispersed in an electrolyte solution and is connected to the negative end of the battery.

When not in use, it is imperative that these two electrodes are isolated from one another, so a fibrous fabric is used as a separator to keep the electrodes apart.

Thanks to this separator, the chemical reaction used to generate the electricity only occurs when the battery is inserted into a device and the circuit is complete.

As highlighted above, galvanic corrosion can be used to intentionally expose the anode to corrosion in order to protect the cathode. However, it is often preferred to prevent galvanic corrosion where possible as this results in reduced downtime on machinery, equipment etc. whilst minimising the number of repairs and maintenance work needing to be carried out.

It is important to remember that these preventative measures do not have to be mutually exclusive. In the right context, they can be used concurrently to achieve better levels of protection. For example, in the automotive and aerospace industries, where combinations of different metals are common, it’s helpful for identifying the best materials to use for a given installation.

Last but not least, if your project necessitates that you employ protection against galvanic corrosion, the countermeasures that we have outlined above are always most useful when they are utilised in a preventative context rather than a remedial one. It is both easiest and most effective to apply these defenses relatively early in the construction process, ideally during the design phase.