Ryan Lock, Cambridge graduate and brainchild of Ooznest spoke to Matt, Accu’s Community Manager, to discuss the inspiration and development behind their British made WorkBee Z1+ CNC Machine and the growing relationship between Ooznest and Accu. 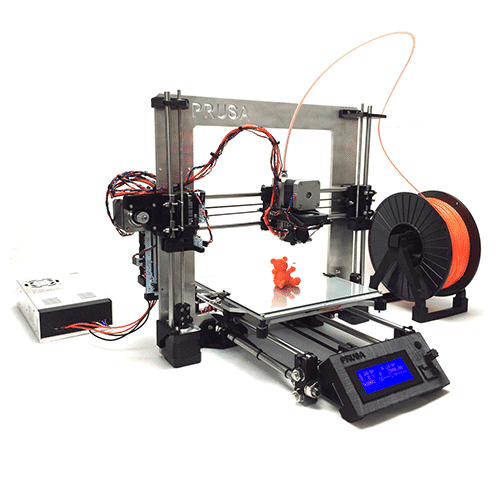 Fascinated by 3D printing technology right from the get go and believing the maker movement to be the future, Ryan saw the massive potential of this modern additive manufacturing process.

This led him to pursue his dream of creating a company that would bring the maker experience and home based engineering solutions to the wider community.

“The initial idea behind Ooznest was to start supplying 3D Printer Filament. From that we moved into supplying a range of 3D Printer Parts before deciding to release a full 3D Printer Kit.”

This was Ooznest’s first introduction to Accu, with Ryan explaining “we first found Accu as they were one of the only suppliers of Polyfix Screws for Plastics we could find and these screws are really good for securing parts to 3D Printed components.”

From developing a strong following within the maker community supplying 3D Printer Kits, Ooznest then released a CNC Machine package in 2015, called the OX Mechanical CNC Kit, based on the OpenBuilds OX design. 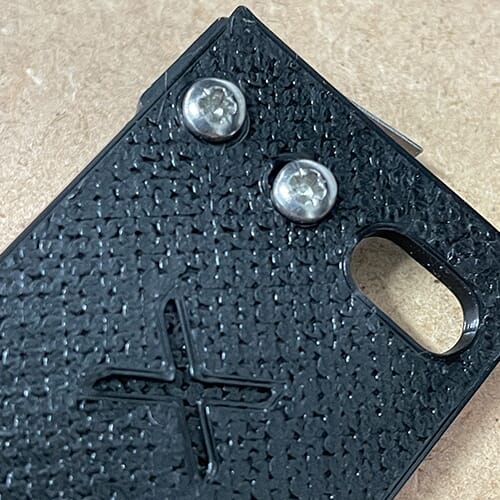 Nicknamed the ‘OX’ for short, Ryan and the team at Ooznest adapted this CNC Machine design, utilising V-Slot extrusions to offer a versatile building system. This type of extrusion allows wheels to be self-centred, maintaining their performance and longevity better than standard T-Slot extrusions.

“This made use of Accu’s Polyfix Screws to secure the limit switches, but as interest picked up we started using Accu more and more for general fasteners on the machine.”

As one of the only UK based companies offering these open source components at the time, Ooznest quickly became one of the go-to suppliers for CNC Machine components for the global maker community. 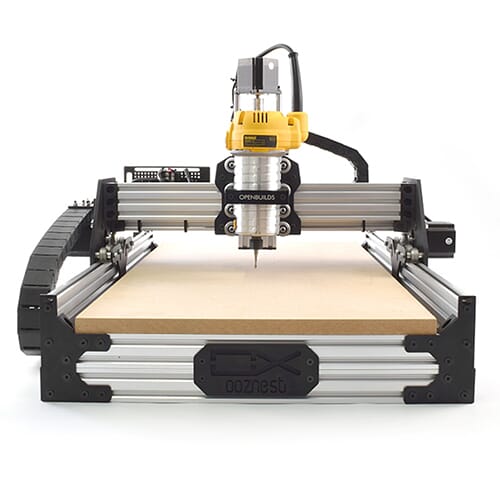 Ryan adds that the team received one constant request from their growing customer base; to supply a full kit, including all of the miscellaneous wires, controller/ router mounts and cable tidy covers.

Following this growing demand, Ooznest’s first Full CNC kit was released in 2016, building upon their existing mechanical kit, with everything needed for their customers to build their own working CNC machine, minus the spoiler board and router.

A CNC Machine Built For The Maker Community

Whilst the OX proved to be a very popular 'build your own CNC Machine kit' within their market, Ooznest were keen to develop their own product. With a name inspired by his brother acting as a 'worker bee' whilst helping Ryan carry out some manual labour around the house, the WorkBee would be designed and manufactured by Ooznest in their home in the south east of England.

The aim of the original WorkBee, released at the end of 2017, was to create an affordable range of full CNC Machine Kits suitable for any application, workshop space and budget. The idea for this “was brought about from feedback of making and selling the OX”, mentions Ryan.

This new kit was developed on what Ryan describes as a more “user-friendly” adaptation of the OpenBuilds design, which also meant they could convert the CNC Machine from a belt drive into a full screw drive version - a request Ooznest were receiving on a daily basis from the community. 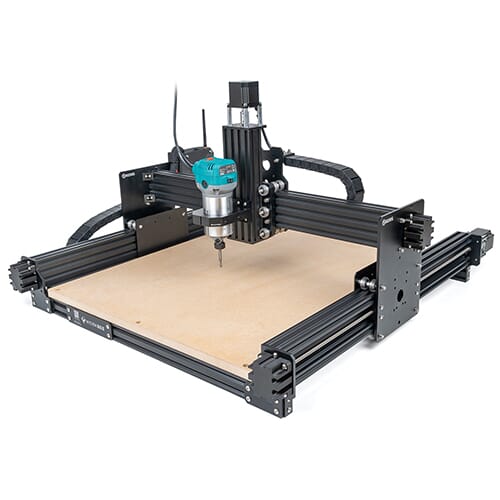 Designing and manufacturing the WorkBee CNC Machine Kit in-house would result in an overwhelmingly positive response from the market, becoming Ooznest’s flagship product. Its popularity saw it become a staple in workshops of makers and hobbyists, with schools, universities and even medical facilities following suit in adopting the desktop manufacturing solution.

Over the next few years, Ooznest would make adjustments to the design, refining the WorkBee package with the latest improvements and advancements, without ever being labelled as a ‘new release’.

“The original WorkBee used bolts that didn’t conform to DIN or ISO Manufacturing Standards. However, during the pandemic we struggled to source them, so we decided with the newer model, the Z1+, we needed to move all fasteners over to DIN versions”, notes Ryan.

Following this supply issue, Ooznest identified that a consistent supply of precision screws would ensure the company could improve lead times whilst simultaneously upgrading the overall build quality of their CNC Machines.

The WorkBee Z1+, Ooznest’s latest CNC Machine launched in August 2021, uses more of Accu’s fasteners than ever before, with the team having developed and refined their flagship machine over the past 5 years, tapping into the feedback of thousands of WorkBee owners to ensure improved performance and features. 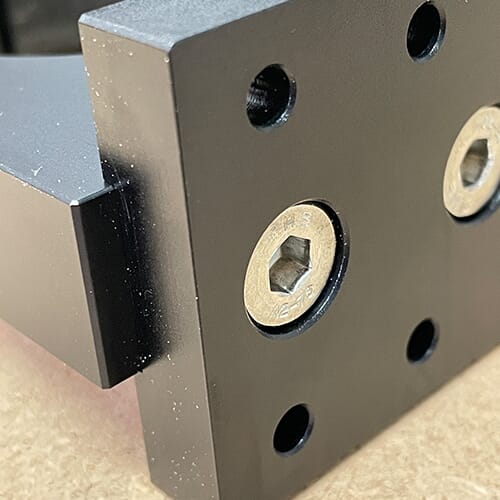 As a result, the latest major release utilises a range of Accu’s A2 Stainless Steel Bolts, which Ryan praised, stating “they are higher quality, so they are more durable and will prolong the life of the WorkBee”. He also comments that the contrast of the natural finish stainless steel “really sets off the sleek aesthetic of the black anodized plates on the machine”.

Ooznest were able to tap into Accu’s library of CAD Models and technical drawings when redesigning the new WorkBee Z1+, with Ryan highlighting that “this makes 3D Modelling designs much easier”. The latest model is the pinnacle of Ooznest’s expertise, designed to offer a desktop manufacturing solution for makers, hobbyists and researchers, as well as small businesses looking to increase in-house manufacturing output.

Rapid supply of the nuts, bolts, and washers used in the construction of the WorkBee Z1+, all of which are manufactured at Ooznest’s site in the south east of the UK, is crucial in supporting their exceptional customer support levels.

Ooznest have been able to utilise the ‘just-in-time delivery’ service provided by Accu to take the stress out of inventory management, ensuring that a minimum of 28 days worth of stock is held at their production site.

This helps to maintain a more streamlined warehouse, with less reliance on holding months worth of stock resulting in better cash flow and increased capacity to store components that typically have longer lead times. Ryan also commented that “we can rely on Accu to get us the fasteners we need quickly and with AccuPro, whether it’s a small order or a big order, we know shipping costs are already covered.”

On ordering stock, Ryan added that “we like using Accu as their price breaks are clearly displayed on their website. Stock levels are also clearly displayed, with lead times stated if the component is not immediately available.”

As an Accu credit account customer, Ooznest have enjoyed the flexibility to order online or by emailing a Purchase Order for speedy processing, further reducing the time between placing the order and it arriving at their door.

To learn more about the Ooznest WorkBee Z1+ CNC Machine, take a look at the promotional video below:

Special thanks to Ryan Lock at Ooznest for his time and help writing this article.