For many types of fasteners there are multiple options for producing the thread, two of the most commonly used methods are rolling and cutting threads.

We’ll take a look at the process of producing both thread types, highlighting the difference between cut and rolled threads and the benefits and disadvantages of these methods, to help you decide the most suitable thread for your application.

What Is A Cut Thread? A cut thread, also known as a machined thread, is produced by the removal of material to create the thread profile.

This is often done by machining a bar or blank with a single point tool, threaded dies, thread mills or a tap to achieve the desired thread pitch.

What Is A Rolled Thread?

Unlike a cut thread, a rolled thread is produced by forming the material through the use of flat plates, round dies and other forming tools.

During this process the material is not removed and instead is deformed by the profile of the plates and round dies.

However, this process is not suitable for all materials, particularly in the case of high performance alloys, these can be too brittle to undergo the rolling procedure.

Pros And Cons Of Cut Threads 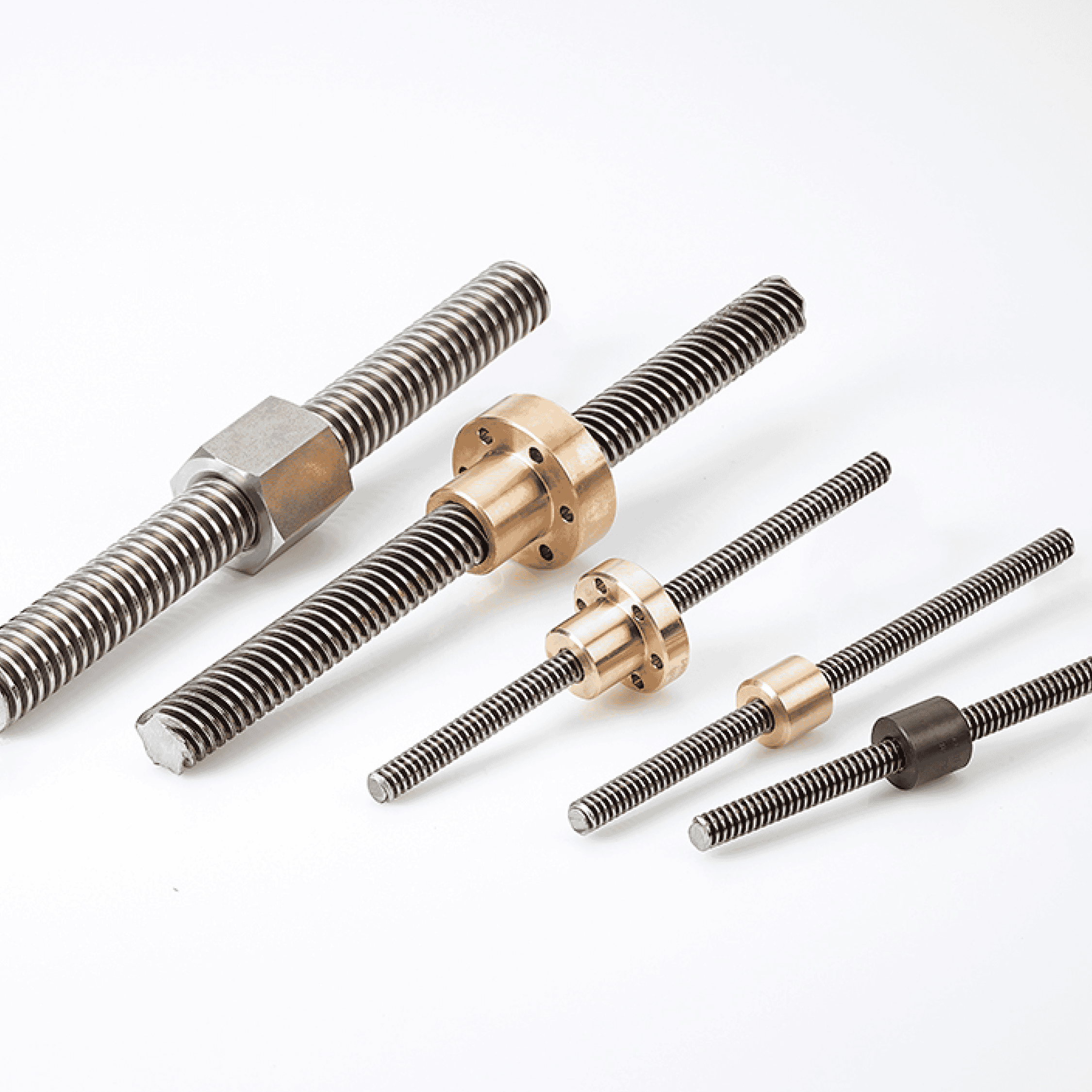 Cut threads are commonly found in parts such as our Leadscrew Nuts, and in a variety of our custom manufactured parts produced.

While making up a smaller portion of the stock we carry, components with cut threads have a range of benefits that can make them a suitable choice, and some disadvantages that may make them unsuitable.

Components with a cut thread, such as stainless steel screws, nuts and bolts, can look neater and cleaner than rolled versions. As a result, machined threads are ideal for applications where aesthetics are important. However this does not mean that rolled threads could not be used in the same application.

To produce a cut thread, different tooling can be used. Screw cutting tools are often smaller and more cost effective than the rolling plates used to produce rolled threads. Cut threads can be produced with simple hand tooling and standard machine tooling, and are a more suitable option for small runs of parts or non-standard sizes.

Unlike rolled threads, cut threads have fewer limitations on the thread diameter and length due to the tooling used. Cut threads can also be created over short distances, inside bodies and in other situations where there is no clearance for a forming tool to operate.

When a material is cut the edges can be left with a sharp/ rough edge, this is known as a burr. The burrs need to be removed for safety and performance reasons, which can be time consuming. This is why it is standard practice for fasteners to be supplied free of burrs. Burrs are common on machined parts, and a Deburring Tool is used to remove them after manufacture.

Despite lower initial overheads, the overall machining often involves higher running costs because there is more waste and higher labour costs for running the equipment. Maintenance of the screw cutting tools is regularly required, and cutters will need to be replaced more frequently due to the shorter tool life and lower durability, reducing the potential output of a workstation.

Thread cutting is a subtractive manufacturing process, where material is removed to create the threadform. The removal of this excess material produces waste that is commonly referred to as swarf. As the waste is made from the same material as the product, this is both costly to dispose of and reduces the efficiency of the process. Modern manufacturing techniques separate the operator from the swarf wherever possible, however it may still present an injury risk to personnel.

Pros And Cons Of Rolled Threads 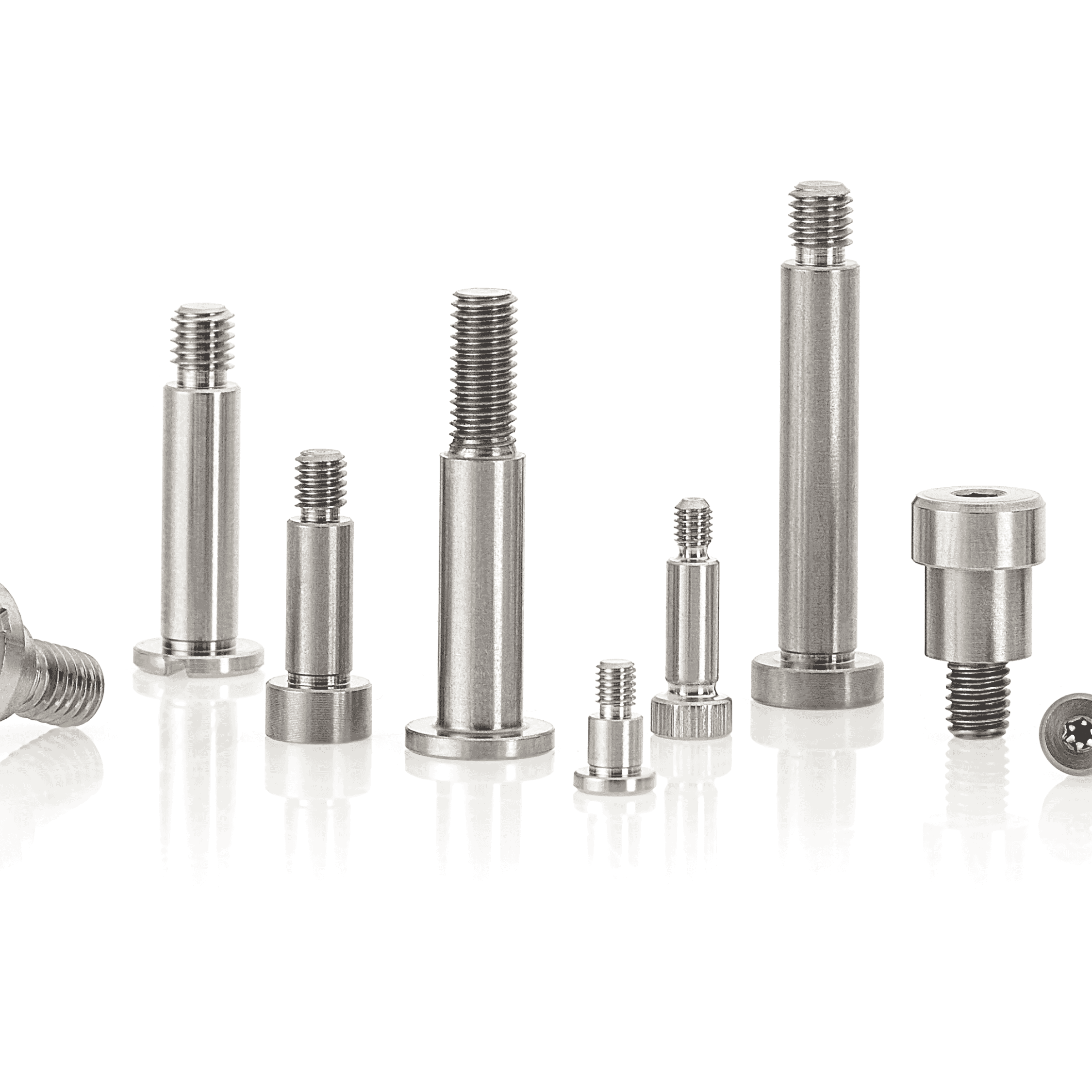 Components with rolled threads can be found across our range of stainless steel fasteners, with this thread type making up the bulk of Machine Screws we offer as standard. Like cut threads, rolled threads have unique advantages and disadvantages for different applications.

The unthreaded part, also known as blanks, are forced between two dies that have the thread shape in them. They then deform the blanks, manipulating them into the required shape. This cold working process causes more dislocations in a metal’s crystalline structure, which leads to it becoming work hardened. Threads produced using a thread rolling machine are 30% stronger than untreated cut threads of the same size, however heat treatment and post-processing of cut threads will reduce this difference.

Thread rolling machines use a smaller diameter blank than a screw-cutting machine. As the rolling process removes no material, it produces no waste. Due to the rolling manufacturing process, the feed rate and throughput can be up to, or even over, 10x quicker than standard single point thread cutting. These factors combined allow for significantly reduced cost per part due to the reduced running, material costs and machining time.

The metal reshape creates a smooth root radius at the minor diameter of the thread. This allows the part to be free from tears or any cutter mark. These marks can act as stress risers, concentrating force into a single point, this can result in quicker fatigue failures and reduced product life cycle.

Due to the operating envelopes of typical thread rolling equipment, there are limitations on what lengths and diameter can be achieved. Thread rolling machines are incredibly expensive and are often only suitable to produce a narrow size range of threads, making this less suitable for a typical workshop. This can result in substantially increased tooling costs being required to produce parts, or the parts not being viable for the thread rolling process.

Materials that are brittle or have low ductility are not always suitable for the thread rolling process. As the process requires plastic deformation, if the material cannot accommodate the load it will result in failure of the part and potentially cause damage to tooling or delays in production.

The video below created by Tesker, demonstrates the thread-rolling process on a Tesker machine in comparison to cutting threads.

Rolled Threads Vs Cut Threads - Which Is Better?

For many applications both cut threads and rolled threads are interchangeable. Rolled threads are significantly more economical to produce, with the vast majority of standard fasteners being produced by the thread rolling process.

If you require a certain type of thread, we would be happy to assist in confirming the thread type best suited to your application and our engineering team can offer custom manufacture quotations based on your requirements.